History of the Library

Two years after the founding of the college in 1860, Augustana’s library began with a donation of 5,000 books from Charles XV, King of Sweden. In 1863, the college moved to Paxton, Illinois; this proved a fortuitous move for the library, as its books surely would have been destroyed in Chicago’s Great Fire of 1871.

The library collection grew with the college, which moved to Rock Island, Illinois, in 1875. Initially, the library was housed in the tower of the First College Building. It remained there until 1890, when its 15,000 volumes were moved to the third floor of the present Old Main. By the college’s 50th anniversary in 1910, the library contained 24,000 volumes and needed a new home.

Denkmann Memorial Library, a gift of the heirs of Mr. and Mrs. F.C.A. Denkmann, opened in 1911. Books were housed in the back of the building in what was originally a closed-stacks area; only gradually were the book stacks opened to student browsing. A grand reading room, which students today know as Wallenberg Hall, could hold 200 people. The third floor housed the college museum. 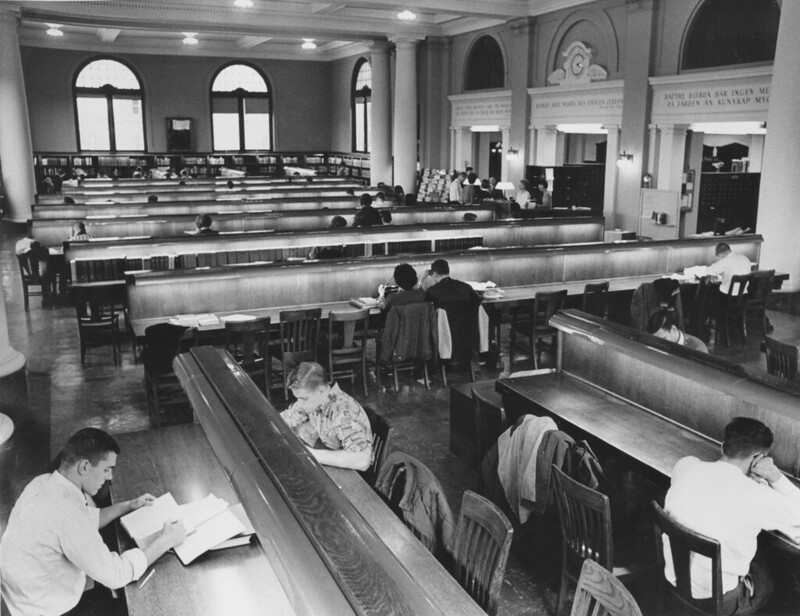 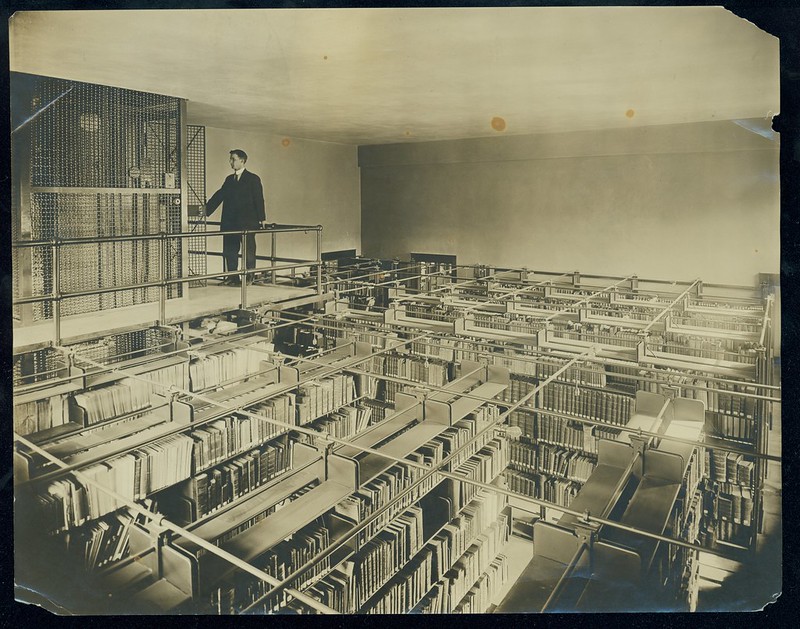 Designed by Shepley, Bulfinch, Richardson & Abbott of Boston, the Augustana College Library opened in September 1990. Augustana’s 7th president, Dr. Thomas Tredway, had once remarked that a library should be “the living room of the campus,” and this new building immediately became the inviting and intellectually stimulating place he envisioned. At 85,000 square feet, the library seated more than 600, with ample study space, computer labs, group study rooms, large instruction areas, a coffeehouse, a climate-controlled Special Collections, and, eventually, the college’s Reading/Writing Center. Students and faculty regularly visited to read, research, study, receive tutoring assistance, work in groups,  and attend special events. In 2003, the year Dr. Tredway retired, his name was given to the library. In 2006, the Tredway Library received the prestigious ACRL Excellence in Academic Libraries Award for college libraries.

The library transformed once again in 2013, with renovations and a large addition that drew on the building’s literal and figurative placement at the center or “heart” of Augustana’s campus. The construction added square footage to the building while also repurposing one-and-one-half floors of existing library space in order to accommodate student life offices, academic support services, multi-purpose rooms, and the college’s central dining facility. The expanded building was renamed the Gerber Center for Student Life, within which the Thomas Tredway Library still resides.

Today, the Tredway Library remains central to the social and academic life of campus. Working with classroom faculty, librarians teach students the critical skills needed to navigate the contemporary information landscape as part of a progressive, sequential instruction program. Students study individually and in small groups in the library’s quiet areas, group tables, and media stations; conduct research in the 100,000-volume book collection and over 100 electronic databases; and examine rare books and original documents in Special Collections, all while enjoying access to various other college services and amenities. In this way, the library continues Dr. Tredway’s vision for it as “the living room of the campus.”

If you want to read more about the history of the library, check out these titles:

A brief history of Augustana College library : Swedish higher education and theological training in Illinois since 1860

Bibliography of the cataloged books of the Augustana college library

ConTEXTS : a celebration of the Augustana College Library

The Augustana College Library; a description of the building, its collections and services

Corner stone laying and dedication of the Denkmann memorial library